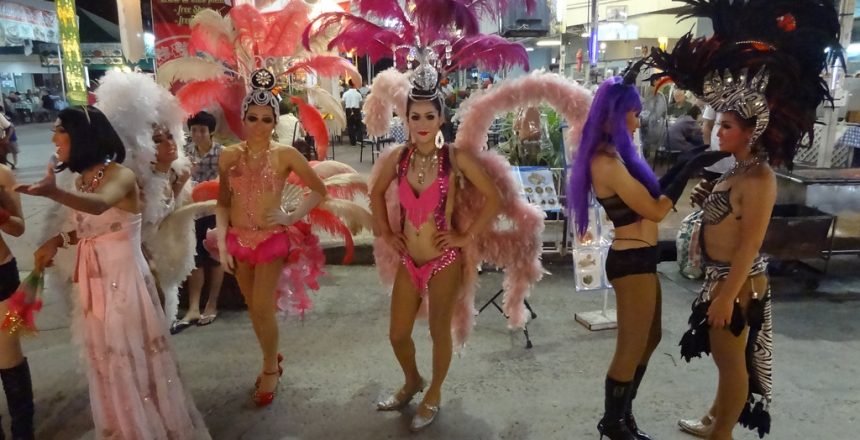 Ladyboy, Shemale, Trans and Transvestite, so many terms that can be confusing because they are very close and often confused. Why are there so many of them, what do they mean and in what context are they used? We have decided to clarify these confusing terms for you during searches on dating sites and other dating sites.

Transgender, as a whole

This is the all-encompassing term, which encompasses all the other terms, which are ladyboy, transvestite, transsexual, queer, drag queen and drag king and many others. Transgender is used to identify, people whose gender does not align with their sex.

Specifically, this term was introduced because their identity is not recognized by conventional society, for many individuals if you are born a woman you have to remain one, the same for men. But this is not the case for everyone, including transsexuals, who do not feel good about their bodies and wish to change sex.

It simply means that gender identity does not match their physical identity, and in order for it to match, trans people are considering surgery. So trans men are called transsexuals and trans women are transsexuals.

More clearly, a transsexual woman is a person born male, but deep down inside she is a woman. A transsexual man, on the other hand, is a woman born in the body of a man. It is necessary to know that several indicators can be added to this term,

Ladyboy is a term used by Westerners generally to qualify transsexual women of Asian origin, you can also use the term Khatoey, Katoey or even better Katoï, the name given to Thai ladyboy.

However, in the rest of the world it is also used in pornographic films with Asian transsexuals, which makes it a negative term, if used outside Asia. But in Asia, like in Thailand for example, it is not at all pejorative and is used very commonly, as well as other names.

Shemale, a term not to be abused

Transvestites, are not transsexuals

Transvestites are people who like to dress in a feminine way, as women, but that does not mean that they identify as women. They are gay men or straight men, who enjoy dressing like that, to go out and party on weekends for example.

You have to be careful when using this term towards transsexuals, unless you only want to meet a transvestite, because for them it’s pejorative. It means that they are simply dressing like women while being a man, without feeling psychically a woman.

The Drag Queen and Drag King

It’s the pleasure of dressing in the opposite sex, with no other idea in mind, they just want to have a good time, party. Their outfit is often very extravagant, as is their make-up. This has no effect on their sex or sexual attraction, they are often found in shows, like in cabarets, to do the show.

Cisgender, the opposite of transgender

Contents
Add a header to begin generating the table of contents